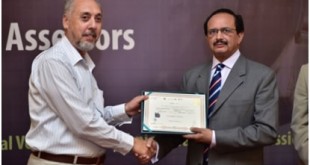 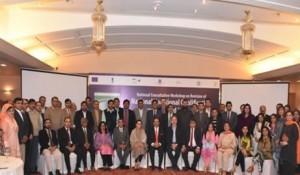 The Executive Director of NAVTTC Zulfiqar Ahmed Cheema said this while addressing the national consultative workshop on revision of NVQF and its manuals organized here at a local hotel.

The consultative workshop was attended by stakeholders from private and public sector institutes from all over the country.The workshop was supported by the TVET Reform Support Programme,which is funded by the European Union and governments of Germany, Netherland and Norway.

The process for development of the NVQF was started in 2011 with first draft developed in 2012, while the first version was launched in March 2015.The NVQF is an important element of the TVET system, which improves quality of the training and establishes a national system of recognition for Pakistani qualifications and certificates.The NVQF provides a basis for recognition of qualifications at national and international levels. Moreover, it provides guidelines for recognition of prior learning since more than 70 per cent of the labor force is trained in the informal sector in Pakistan.

Mr. Cheema in his speech further said that the NAVTTC is committed to implement the TVET policy and NVQF in letter and spirit and hoped that it will bring a paradigm shift in the TVET delivery system in Pakistan.

He also underlined that the revised version of NVQF and its operational manuals wouldhelp in the establishment of a coherent national system of technical and vocational education qualifications system and promote demand driven trainings through an efficient assessment mechanism. 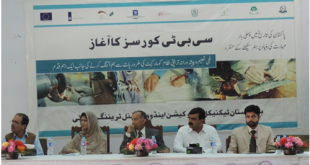 BTEVTA to set up One Window Cell for CBT