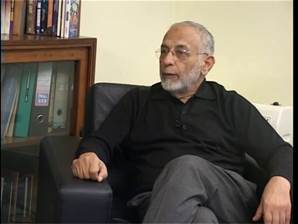 Born in Jalandhar, an oldest inhabited major city in the Indian state of Punjab, Rastgar was just two years when his parents moved to Pakistan in 1947. Jalandhar has undergone rapid urbanization and has developed into a highly industrialized center of commerce. Home to many entrepreneurs and Bollywood legends, Rastgar was gifted talent by birth.
While growing up in Rawalpindi, which was once the hub of trade (by Sikhs and Hindus), he realized that several basic commodities such as burial sheets, sugar and potatoes etc. are not available in the market. It was then, in his early age when he decided to do his own business. When moved to Sarghoda for his high school, he realized it even more.
After his business graduation, he started his own business and soon realized the need of technical diploma for his own learning. Starting his firm with 3 employees to now more than 400, Imtiaz is an accomplished businessman today who strongly believes in HR development. Founder and Chairman of Rastgar Group, he has also been on boards of several government organizations and trade bodies. While he was Chief Executive of Pakistan Engineering Board, for three years, he has made tremendous contributions to TVET sector of Pakistan.
Rastgar believes that engaging chambers of commerce can help flourishing TVET. Also, industry should set-up own technical institutions as per their specific needs.
With more than 50 percent of Pakistan population as youth, the annual supply of skilled workforce from is around 344,813 but only a few are technically well qualified. The Government of Pakistan has devised a comprehensive reforms program and a formal National Skills Strategy in 2009, specifying that private sector should be given the primary role as they are the main employers and beneficiaries of the workforce. However, it remains a challenge for TVET sector.
‘I appreciate work TVET Sector Support Programme is doing such as private sector engagement through forums; establishment of institutional management committees but more is to be done. Like universities, polytechnical institutes should also be ranked based on their linkages and contribution to the industry.’ said Rastgar in a recent interview. He believes that basic computer literacy and good communication skills supersede all other skills. Most of our engineers, polytechnic graduates lack these skills.
He reinforced that Competency Based Training (CBT) and Recognition of Prior Learning (RPL) are excellent initiatives as these help employers gauge employee skills. ‘Corporate Social Responsibility (CSR) should be about how many people trained and not just donations.’ Rastgar.
Working since 2011, TVET Sector Support Programme (SSP) is extending its support engage private sector for its pivotal role and enhanced involvement. The Programme will train 3,550 teachers, 1,500 assessors, 500 principals from public and 48,500 workforce, of which 30% are inspired to be women. Funded by the European Union, Governments of Germany and Norway, it aims to expedite reform processes based on the national TVET policy and the National Vocational Qualifications Framework (NVQF).
Rastgar added that abundant availability of HR, flexible labour laws, and availability of raw material makes Pakistan the best place to do business. He proudly shares that all his three sons are running their own business. People like him are great examples as they not contribute to both supply and demand of workforce and help flourish TVET sector of Pakistan.