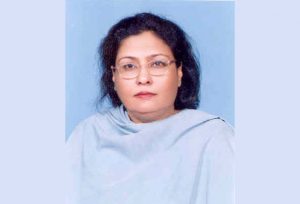 ‘Skills training’ in renewable energy sector in Pakistan is gaining momentum; as the country is now focusing more on alternate means of energy to meet the growing demand.
Senator Rukhsana Zuberi, who is President of Tech Education Foundation and former chairperson Pakistan Engineering Council (PEC), tells the Express Tribune renewable energy sector has grown phenomenally over the years and this will continue. The government needs to give more incentives to the private sector and the industries need to work with Technical and Vocational Education Training (TVET) sector, she says. The government incentives will further bring down the prices of renewable, she added.
“If we want this sector to grow at a faster pace we will have to involve both small and big entrepreneurs. This will also create more job opportunities for the youths and the demand for education and training will increase.”
Talking about the importance of solar energy she says Pakistan should tap into solar energy sector to take advantage of the continuously dwindling cost of setting up energy systems using renewable sources of energy,” she advises. Solar energy is not only affordable but also profitable. If someone installs solar power panels, it can share electricity with other houses and add to their incomes, she says.
Zuberi says the potential of solar energy and biomass is enormous in rural areas of the country. She says the government should come forward and work in partnership with the private sector as renewable energy resources can serve power demand in areas where electricity cannot be provided through the national grid.
Technical Education and Vocational Training Authority (TEVTA) Chairperson Irfan Qaiser Sheikh tells The Express Tribune the demand of the training in this sector is currently at the lowest level, but it will be increasing as per demands. As far as the importance of renewable energy sector is concerned, any sector only flourishes if there is trained manpower available in the market, he says. “This sector is gaining momentum and renewable energy is not very common yet, so at this initial level training has much significance.”
Talking about technical education in this sector, Zuberi says TEVTAs in the provinces are doing a wonderful job. “They need to introduce courses in this sector too such as how to make LED lamps and gadgets. It has the simple technology, they can start programmes on how to manufacture panels too,” she says, adding that it will also help conserve energy.
The TVET Sector Support Programme, which is funded by the European Union as well as the governments of Germany and Norway, aims to scale up the reform process based on the national TVET policy and the National Vocational Qualifications Framework (NVQF). The programme specifically focuses on enhancing the engagement of the private sector in TVET planning and delivery.
She adds despite the lower intensity of the sun in European countries such as Germany and England than in Pakistan, a lot of houses have solar water heaters. If developed states like Germany choose to make use of solar energy, it makes a lot more sense for us to have it too.
“It is very cost-effective and inexpensive. We can also get rid of elements brandishing sub-standard generators and UPS.”
“More women can be involved in renewable energy sector. Why do we think women can only stitch clothes and do hand embroidery? A lot of women in India and Bangladesh are now getting out of earning traditional ways and working in cottage industries where they make LED lamps and small solar panels,” says Zuberi.
The TEVTA chairperson says the TEVTA Punjab is training students to set up solar energy systems and their repairs. A course is being offered in this regard. “We don’t (currently) provide courses in LED lamps and gadgets technology but we intend to start soon.”
A couple of years ago, as many as 4,000 persons were provided free solar technology course under the TVET Sector Support Programme by the German Federal Enterprise for International Cooperation (GIZ), which was funded by European Union, the Embassy of the Kingdom of the Netherlands, the Federal Republic of Germany and the Royal Norwegian Embassy and.
STEVTA Managing Director Muzaffar Ali Bhutto says they don’t offer any programmes in this domain but considering its significance and market potential they plan to introduce courses early next year. “The future belongs to solar energy.”
Sheikh says the government is TEVTA Punjab has projects in the pipeline regarding engaging private sector in renewable energy sector training. “We are already working with several local and multinational companies and NGOs in different fields. Similarly, we have also planned to engage the private sector in this regard.”