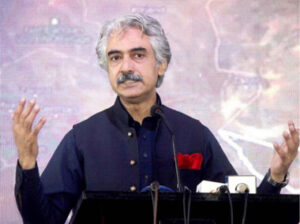 LAHORE: Minister for Industries Punjab Mian Aslam Iqbal has said that provincial government is updating technical and vocational education as per modern standards.

Mian Aslam Iqbal said that Tevta’s elearning courses are big achievement in current scenario. He added that TEVTA is playing important role in making youth economically independent as per the vision of Prime Minister Imran Khan.

He was of the view that after successful completion of phase one, training will be provided to as many as 16,200 students in the categories of E-learning including technical, graphic design and virtual assistant under CM Hunarmand Nojawan Programme. In first phase the 5,400 students were trained, he added.

Talking about the success of the programme, he noted that students took large interest in E-learning courses as 130,000 students applied for admission in these courses.