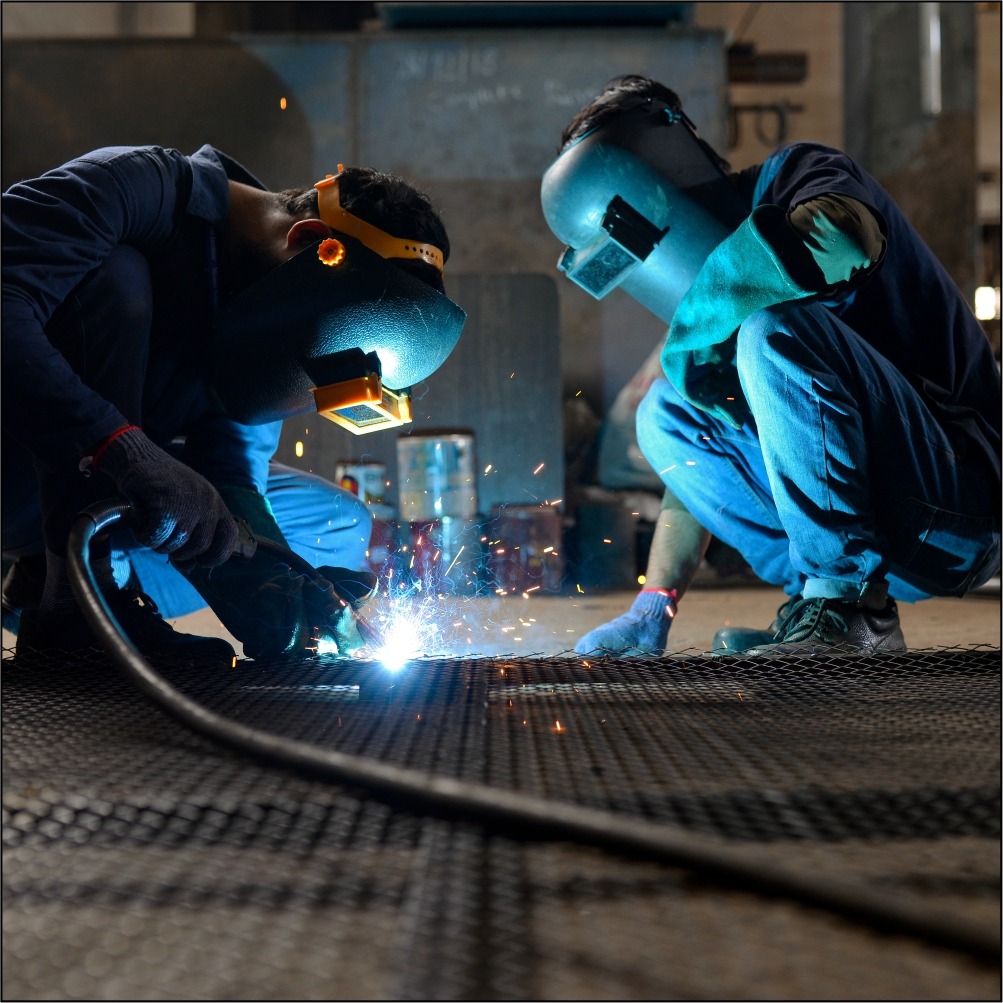 Remittances have become the largest source of foreign exchange earnings of Pakistan during the last fiscal year when it fetched close to $30 billion mainly because of migration of workforce from Pakistan.

In the last decade, remittances remained the second source of foreign exchange earnings after exports but after the eruption of the COVID-19 pandemic, the remittances clinched the top position as it is believed that many emigrants’ workers might have returned to Pakistan after facing lay-offs.

Remittances were a relatively stable avenue for foreign exchange earnings as compared to direct investment and portfolio inflows. In recent years, remittances have also been more stable than aid inflows. The contribution of remittances in the percentage of the GDP, it stood at only 3.91% of GDP in 2005 but now they represent 8% of GDP. So, reliance on remittances increased manifold and it also saved the country from facing the risk of default on external accounts.

Ban Ki Moon-Former Secretary-General of the United Nations stated, “Migration is an expression of the human aspiration for dignity, safety, and better future”,

Pakistan is one of the top 10 emigration countries in the world. Almost 6.3 million people, amounting to over three percent of the population of Pakistan are emigrants.

The official data of the last four years showed that the trend of emigration from Pakistan is focused on UAE & the Kingdom of Saudi Arabia mainly because of proximity and increased job opportunities for less-skilled workers. However, a visible decline can be witnessed in 2020 due to COVID -19.

The data also highlights that the skill composition of Pakistani workers going abroad observed no significant change over a period of time. Mostly skilled workers and unskilled labour managed to get jobs abroad, while the ratio of migration of highly educated and highly skilled labor remained far less. Wages of unskilled, semi-skilled, and even skilled workers are far less than highly skilled and highly educated workforce and the present flux of remittance depends upon the former category.

The majority of Pakistanis emigrants belonged to rural areas of Punjab. Out of about 10 million Pakistanis working overseas, 51% of workers are from Punjab, 26% from Khyber Pakhtunkhwa, 10% from Sindh, and 1% from Baluchistan. The majority of these overseas workers are employed as low-skilled or semi-skilled workers in construction, hotels, restaurants and domestic workers.

Despite having all kinds of odds, Pakistan ranks high among remittance-receiving countries. It ranked 8th worldwide as per World Bank statics for the year 2011. However, it has moved up to 7th place in 2018-19.

Migration is a global phenomenon. Human beings have always moved from one country, locality, or place of residence to settle in another. People have migrated and continue to migrate for a range of reasons, but the most common motivator for relocation has long been the desire for a better life. People move in the hope that they will be able to better themselves, sometimes with that hope forced by extreme circumstances. Migrants leave their homes for diverse reasons, such as they may be seeking better jobs and access to better health care; they may be running from famine, war, or natural disasters; or might be fleeing persecution and looking for political and religious freedoms they do not enjoy at home.

Pakistan is one of the largest emigration countries in the world. The causes are complicated, involving a variety of variables specific to Pakistan, including poor economic progress, a precarious security environment, frequent natural catastrophes, and political instability. As a result, higher education and skilled career possibilities are scarce. Furthermore, Pakistan has a sizable ex-pat community overseas; many Pakistanis have family in other countries and wish to reunite with them. In many parts of Pakistan, economic development and job opportunities are very limited and those are the main reasons for migration.

Educational migration is also an important facet of Pakistani emigration. There is significant outward student mobility from Pakistan, as evidenced by a sharp increase in the number of Pakistani students abroad.

The primary destinations, which also influence the kind of migration, may be used to identify Pakistani migrants. Migrants to North America and Europe typically want to stay in their host nations for a long time before relocating to another country with their families.

Migrants who are unable to relocate to developed nations, particularly low-skilled and semi-skilled workers, migrate to work temporarily. GCC countries, which do not allow permanent settlement of foreign employees, are popular destinations for these migrants. As a result, migration to these nations is often short or medium-term, lasting four to five years on average, however migration can sometimes extend ten to fifteen years due to several contract renewals.

Pakistani migrant workers have been playing an essential role in contributing towards its economy through remittances. Pakistanis most commonly migrate overseas for work. Labour migration has been historically relevant in Pakistan, where, the foreign exchange earnings from remittances were greater than the sum of earnings from other sources. These remittances contribute to the country’s strategic foreign exchange. Many people live there for a lifetime and work hard to make a good difference in their lives.

Flip the coin and let us see the other side of the picture. Return migration is also an important aspect of migrants’ lives; many returns to Pakistan to start a new life in their native country and reconnect with their hometown. Return migration can be a type of forced migration, however, it is not always the case. People need to return to their homeland due to legal constraints such as host countries do not allow them to stay further. On the other hand, “The assisted or independent return to the country of origin, transit, or another country based on the returnee’s voluntary decision” is defined as voluntary returns. It can be spontaneous or aided in some way.

Spontaneous return is: “The voluntary, autonomous return of a migrant or a group of migrants to their place of origin, typically without the backing of States or other international or national aid,” according to the United Nations. While the Assisted voluntary return and reintegration is the “Administrative, logistical, or financial support, including reintegration assistance, to migrants unable or unwilling to remain in the host country and who choose to return to their country of origin”.

During the last two years, due to the COVID-19 pandemic, which has halted economic activity and resulted in the closure of many firms, the year 2020 has proven to be one of the most trying years throughout the world. As a result of the layoffs, many migrant employees returned to their home countries. According to government/official data, the majority of ex-pats returned to Pakistan from the United Arab Emirates (UAE), Qatar, Oman, and Saudi Arabia.

Returnee reintegration, the process that enables individuals to re-establish the economic, social, and psychosocial relationships needed to maintain life, livelihood and dignity and achieve inclusion in civic life after returning from foreign workers, has been acknowledged as an important aspect of the overall dynamics of migration.

International Organization for Migration asserts that reintegration can be considered sustainable when returnees have reached levels of economic self-sufficiency, social stability within their communities, and psychosocial well-being that allow them to cope with (re)migration drivers. Such reintegration often depends on circumstances beyond the returnees’ control. In the context of Pakistan, those who return to the native country encounter a deteriorating economic situation, rising inflation, spiraling basic commodity prices, erosion of disposable incomes, high unemployment, lack of institutional finance, and poor social safety nets. Returnees are often ill-prepared for their return because they have limited access to the information required to equip them to navigate the changes that could have occurred in their home countries while they were away.

A complete strategy to migration management must include safe and dignified return as well as long-term reintegration plan. Programs should be launched in the nation to assist migrants who are unable or unwilling to remain in host or transit countries and seek to return to their home countries. Stranded migrants in host or transit countries, irregular migrants, regular migrants, asylum seekers who decide not to pursue their claims or who are found not to be in need of international protection, and migrants in vulnerable situations, such as victims of trafficking, unaccompanied and separated children, or migrants with health-related needs, should be the primary beneficiaries of such reintegration assistance programmes.

One such programme, titled “Reintegration of Returnees in Pakistan,” is being implemented in the country. It is a TVET Sector Support Programme initiative that provides reintegration assistance to Pakistani returnees and Pakistani nationals, particularly young adults, who return to their home country voluntarily. This initiative assists returnees and the local community with their economic reintegration after returning to Pakistan through Career and Entrepreneurship Advisory Services, Employment Promotion, Recognition of Prior Learning, and Competency-based Training and Assessments.

Originally appeared in The News on January 23, 2022. The writer is a senior reporter based in Islamabad and this article presents his personal views on the topic.