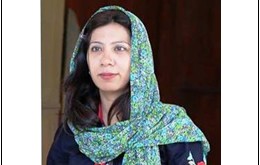 The GIZ’s TVET Reform Support Programme, in collaboration with the Fata Livelihood Programme, recently held an information workshop on the concept of Learning Regions (LRs).  Learning Regions are currently being set up at the Frontier Region (FR) Peshawar for stimulating the local economy.

Held on 23 November 2011 at Peshawar, the main idea behind this workshop was to share the concept of LRs and look for possible interventions identified by the relevant public and private entities. The discussion in this daylong workshop was about issues in the agriculture sector of FR Peshawar with their possible solutions.

Secretary Administration and Coordination FATA, Abid Majeed, and Director General Projects, Ali Sher Mehsud, made the opening remarks, followed by a question and answer session on approaches for project selection and implementation in the tribal areas. The concerned officials from the FATA secretariat responded to the queries.

Dr Ute Hoffmann, the coordinator of the TVET Reform Support Programme, gave a presentation on the programme as well as the concept of LRs. The participants were informed that a community-driven approach is being adopted for the creation of four LRs, one of which is being set up at FR Peshawar, a semi-tribal area.

The participants of the workshop were then divided into three groups to discuss the issues in the identified thematic areas and suggest possible interventions, which can facilitate the effective implementation of the concept.

A similar session was also held with the Community-Based Organizations (CBOs) from FR Peshawar on 28 November 2011. The CBOs were given first-hand information about the LR and were asked to propose some workable interventions in the area.