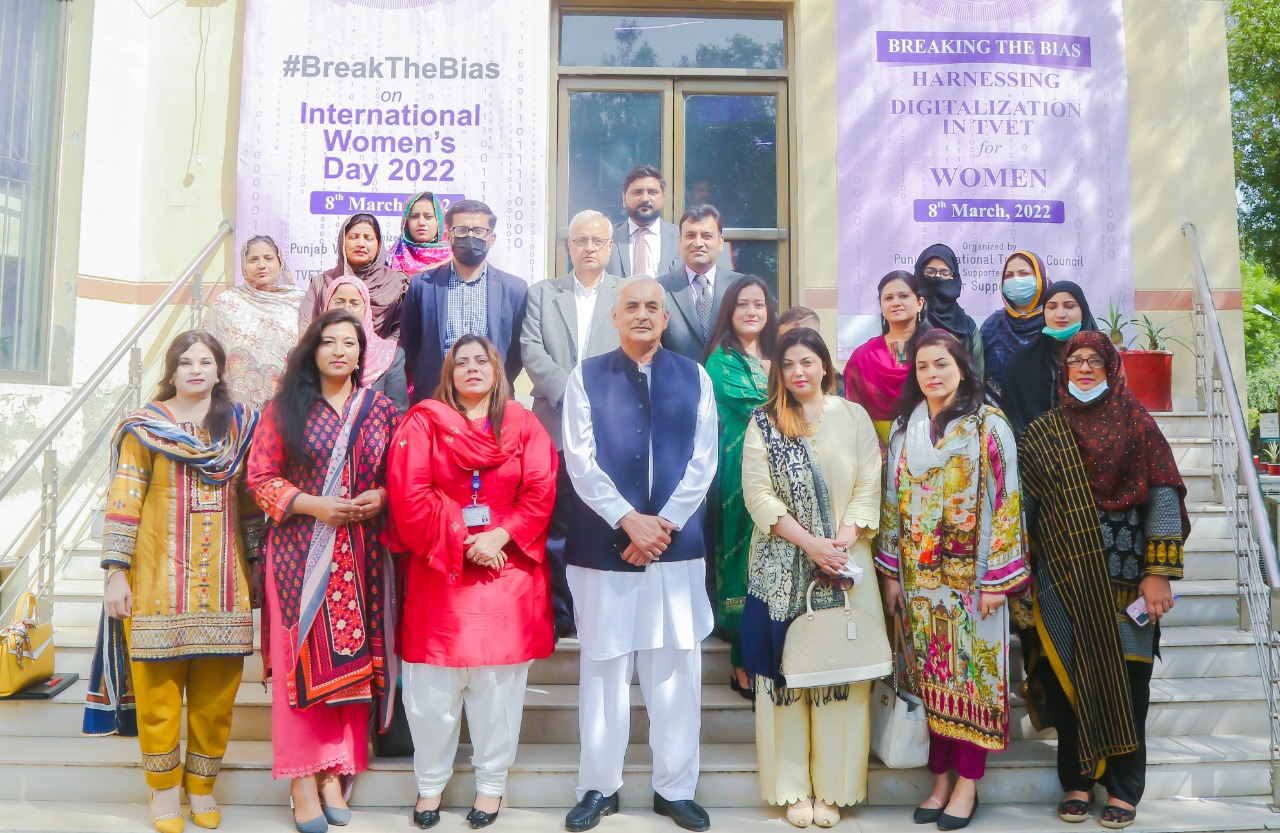 Lahore, March 8, 2022: The Punjab Vocational Training Council (PVTC) in collaboration with the European Union (EU), German and Norwegian government funded Technical and Vocational Education and Training (TVET) Sector Support Programme organized a seminar on “Breaking the Bias; Harnessing Digitalization in TVET for Women” on the occasion of Internal Women’s Day at its head office in Lahore.

The session was also streamed online from the social media accounts of PVTC and TVET Reforms to connect with larger audience and widespread the message.  Speaking at the occasion, Chairman PVTC Major Shahnawaz Badar initiated the session with opening remarks on the role played by PVTC for promoting technical skills learning among women in Punjab. He added that technical education and vocational training have brought tremendous opportunities for women in Punjab to initiate their own small businesses as-well-as join the mainstream employment opportunities. 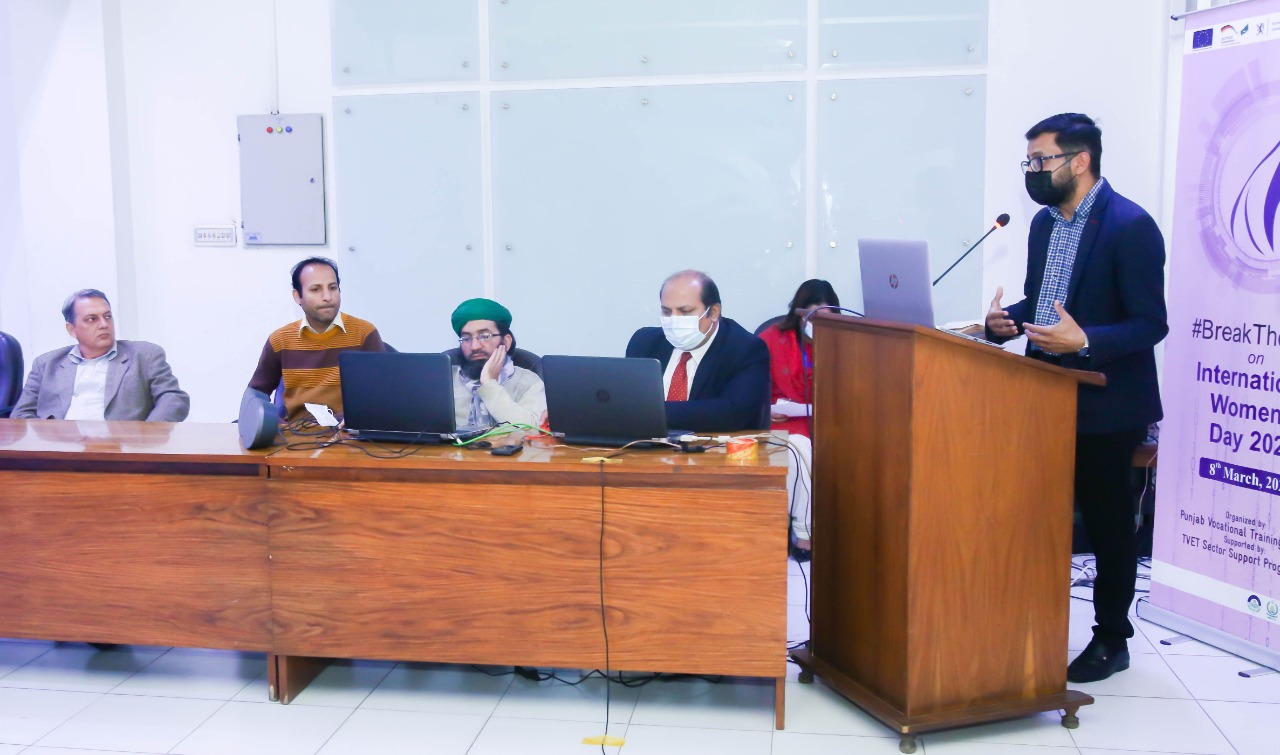 President WCCI, Lahore graced the occasion as chief guest. She mentioned that, “implementation of the gender strategies in its true spirits can ensure women socio economic development in Pakistan. Women through her role can play the role of change agent for socio-economic uplift”.

During the session, Senior Technical Advisor Mr. Qazi Farid highlighted the role of Role of TVET SSP in women empowerment and gender mainstreaming. He added the importance of strategic interventions for engaging more women in the TVET sector for their economic participation. “Women are the 51% population in Pakistan. Their education and skills learning can not only help in supporting their families but a big share to the country’s economy”, he said.

This awareness measure was organized with the support of TVET Sector Support Programme which is funded by the European Union, the Federal Republic of Germany and the Royal Norwegian Embassy. The Programme has been commissioned by the German Federal Ministry for Economic Cooperation and Development (BMZ) and is being implemented by the Deutsche Gesellschaft für Internationale Zusammenarbeit (GIZ) GmbH in close collaboration with NAVTTC, TEVTA, PVTC, TVET bodies and private sector. 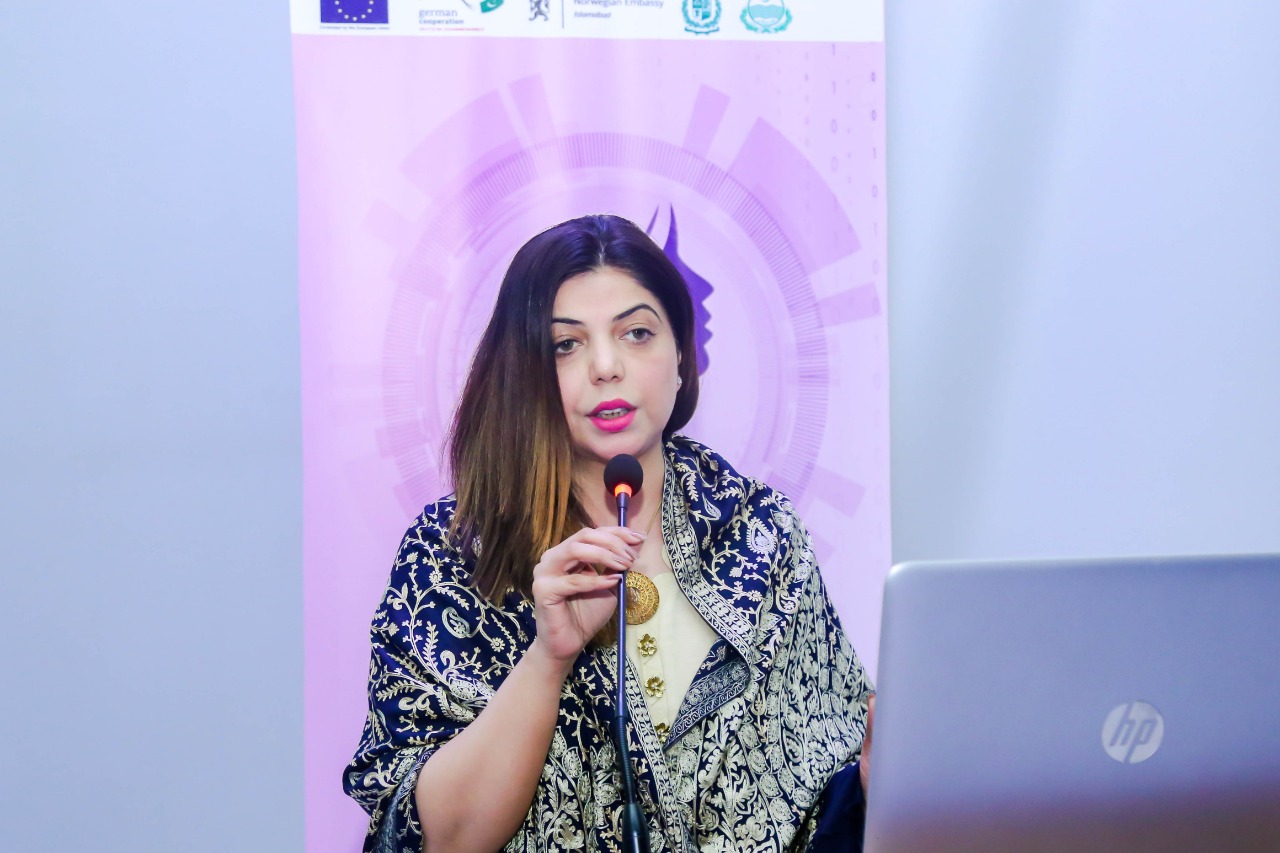